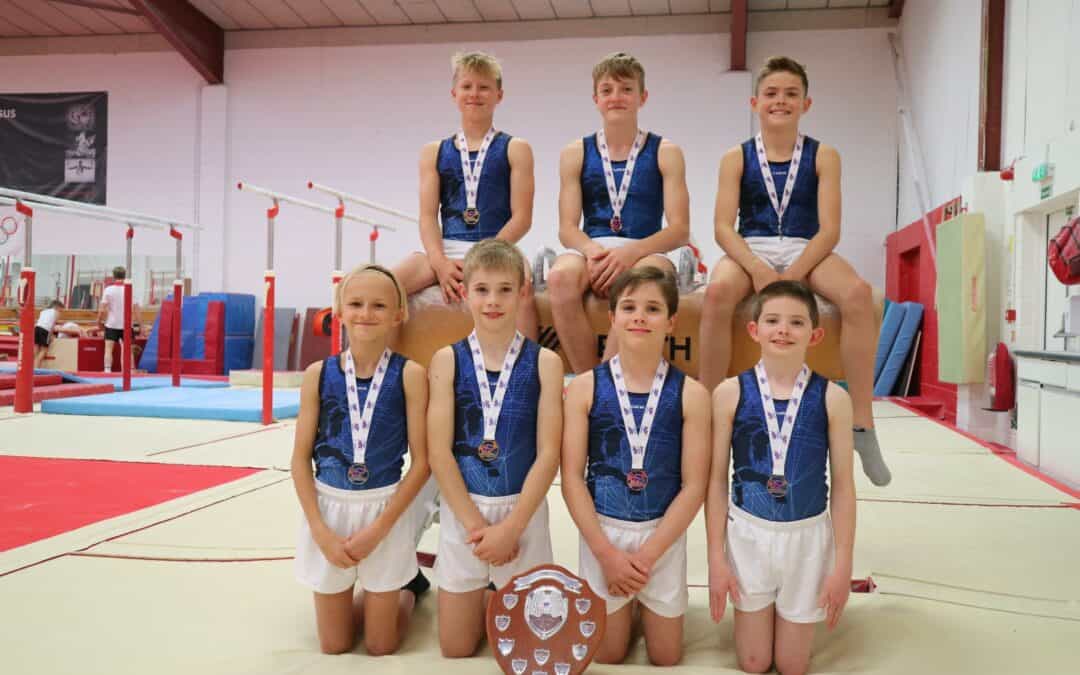 Members of our Men’s Squad have competed at the South-East Regional Grades held on Sunday 16th October 2022.

Along with the event being a South-East Regional competition it was also a qualification event for the National Grades later in December this year.

Oliver competed in the first round of the day with great success. Demonstrating clean routines, he finished in 2nd place in Club Grade 3.

The second round saw the rest of the team competing.

Ethan competed in the Elite grade 4 and excelled in areas to finish in 2nd place and Eliyah in Club grade 5 performed strongly to finish in 3rd place.

Dexter competed in the last of the set work grades, Elite grade 6, with success as well finishing in 1st place with solid performances.

The boys now have a little time to consolidate and improve upon their routines ready for the National Finals later in December.

Congratulations to the boys and their coaches.