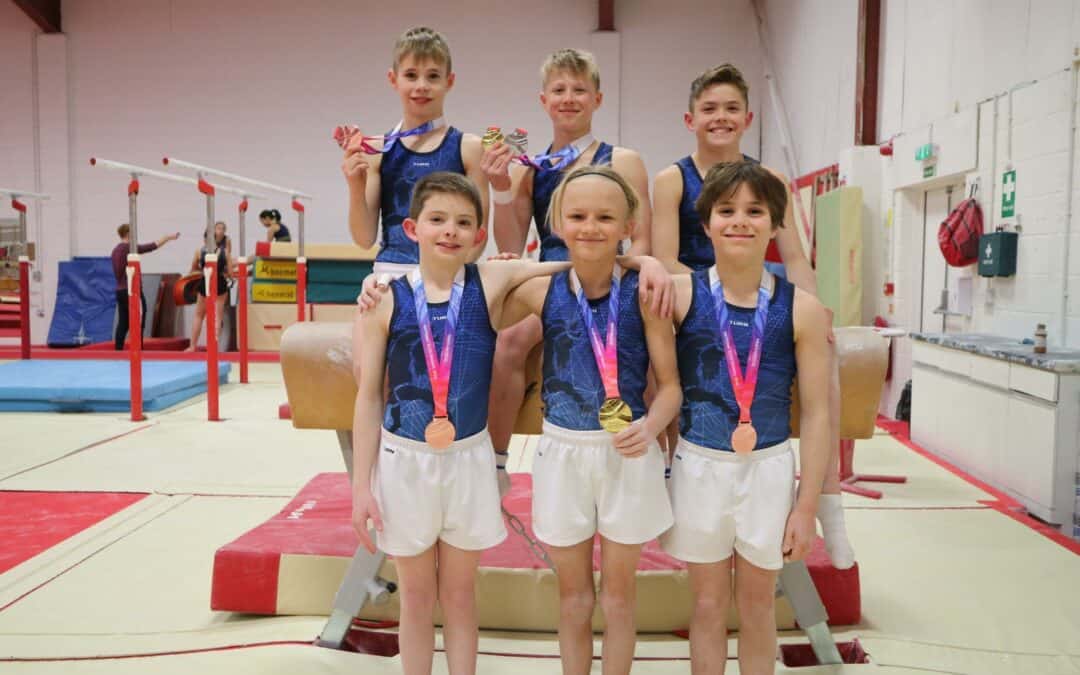 7 members of our Men’s squad competed at the National Finals in Telford over the weekend – Friday 9th – Sunday 12th December.

Having qualified for the competition through the Regional Grades competition back in October, they were fully prepared to compete once again but representing the South East Region.

Friday saw Oliver and Eliyah compete. Oliver competed in the Club Grade Level 3 with great success, he performed 7 routines cleanly and said “it was so relaxed, we just had a great time competing.” The Level 3 team took gold and secured the first National medal for Pegasus during the weekend.

Eliyah competed in the Club Grade Level 5 competition. He held his nerves and competed well showing some much-improved routines. The South-East team came in 4th place just outside the medals.

Dexter and Ethan took to the arena on Saturday in the Elite grades.

Ethan competed in Elite Grade Level 4 and demonstrated improvements from the Regional Championships back in October. A strong steady floor routine and a dynamic vault saw Ethan finish in 10th place overall. Dexter competed in Elite Grade 6, the last of the levels in the Grades system with great success. After a rocky P.Bar routine Dexter settled down to take the National Title by a clear distance along with Team Silver. 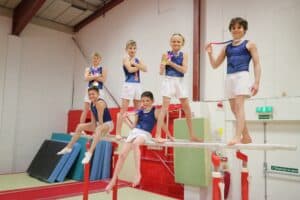 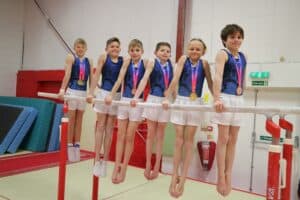