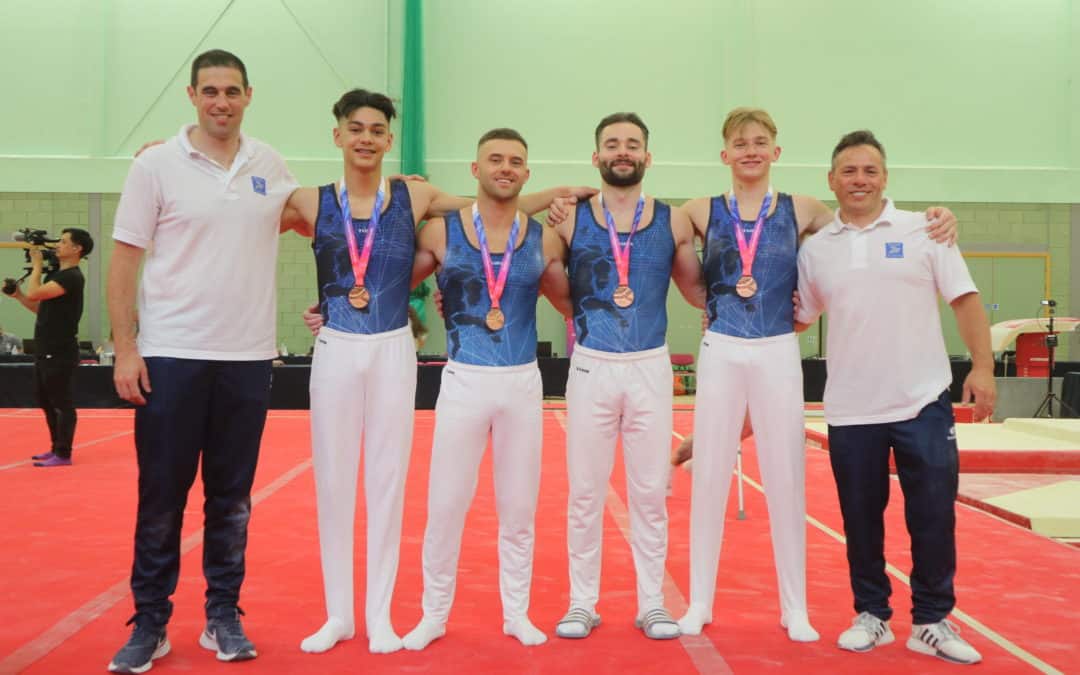 James, Giarnni, Sam and Oakley competed as part of a team for Pegasus at the British Teams Competition, a competition that saw a lot of the best gymnasts from the UK.

5 gymnasts to a team, 4 to compete and the top 3 scores count towards the team total so clean routines were to be desired. 3 huge, flighted vaults, and a pressurised speedy start to the competition, the boys settled in well. Multiple release and catches were performed on High Bar, passing over the bar, and lots of turns and twisting dismounts.  James demonstrated a dynamic floor routine with minimal deductions on landings from multiple twists and somersaults to score the highest score of the day, followed by clean stylish routines from both Oakley and Sam to the same level of excellence and commitment. Pommel was up next and 3 clean routines were performed, Oakley hit a PB score and both James and Giarnni showed consistency. Rings was the last piece for the team, and they continued to excel. Great strength was demonstrated and another 3 great scores for the bag.

This was the first time these 4 gymnasts had competed together as a team in the competition arena! Their exceptional team moral, and support for each other was a real credit to themselves and the club, they carried each other when things got tough and were an amazing support unit that were able to celebrate together after their success.

Also competing over the weekend was Ethan. Ethan competed in a mixed team made up from members from London and the South-East. He showed great improvement from his past performances in the competition arena and added some great scores to the team’s total. The team finished in 5th place overall which was a great finish. Congratulations to Ethan and the other team members.