Medal Success at the World Championships 2022 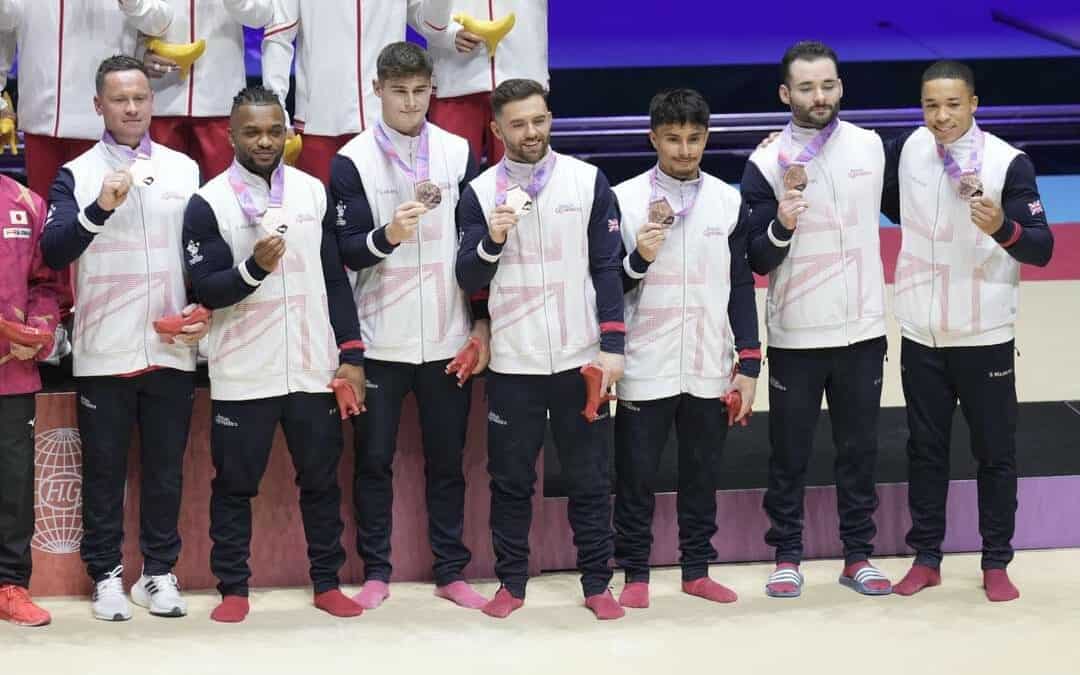 Two of their Senior Gymnasts have won a BRONZE MEDAL in the Men’s Team Final Event, at the World Gymnastics Championships, held in Liverpool this year. James Hall and Giarnni Regini-Moran, who competed as part of the Great Britain Team, were presented the medals after an exciting final, which saw the boys come back from 8th place to achieve the Bronze Medal. This was not unnoticed, with the Team being presented with the Fujitsu Infinity Award, for demonstrating tenacity and perseverance and not giving up by the International Gymnastics Federation.

James, who competed at the World Championships for the 4th time said:

‘’The Worlds was a brilliant end to probably the best year of my career. It was incredible to get my first World medal with such an amazing team and to do it the way we did, made it even more special. The team final was a rollercoaster, but we came out on top and fought to the very end which is what matters.’’

Giarnni Regini-Moran also won a GOLD MEDAL in the Floor Apparatus Final, with a score of 14.433. This achievement comes following recovery from injury, which put his career at risk. With hard work and support from his coach Ionut Trandaburu and fellow Teammates, Giarnni has added this World Title and Bronze medal to his success at the Commonwealth Games and European Championship Medals this year. 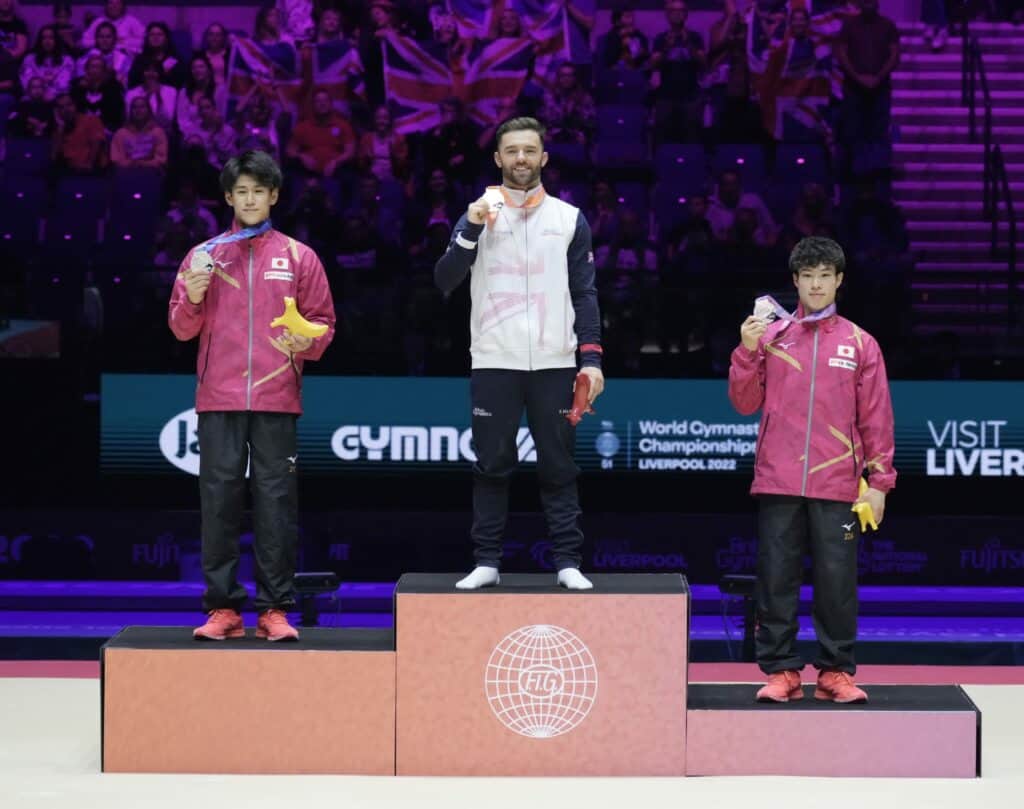 ‘’It’s incredible to finish the year on such a high, to be part of such an amazing team, achieving great things is a privilege. If you would have told me at the beginning of the year that I would be World Champion, I would have laughed because I could just about jump following my injury’’.

Director of Coaching at Pegasus Gymnastic Club, Ionut Trandaburu, who has coached the boys to this success said:

‘’As a club, for years we had been focusing on targets, now we have grown bigger and are focusing on our journey. I couldn’t be prouder of James and Giarnni’s hard work, determination and exceptional teamwork. It is a dream come true, but we have much more of the journey to come’’. 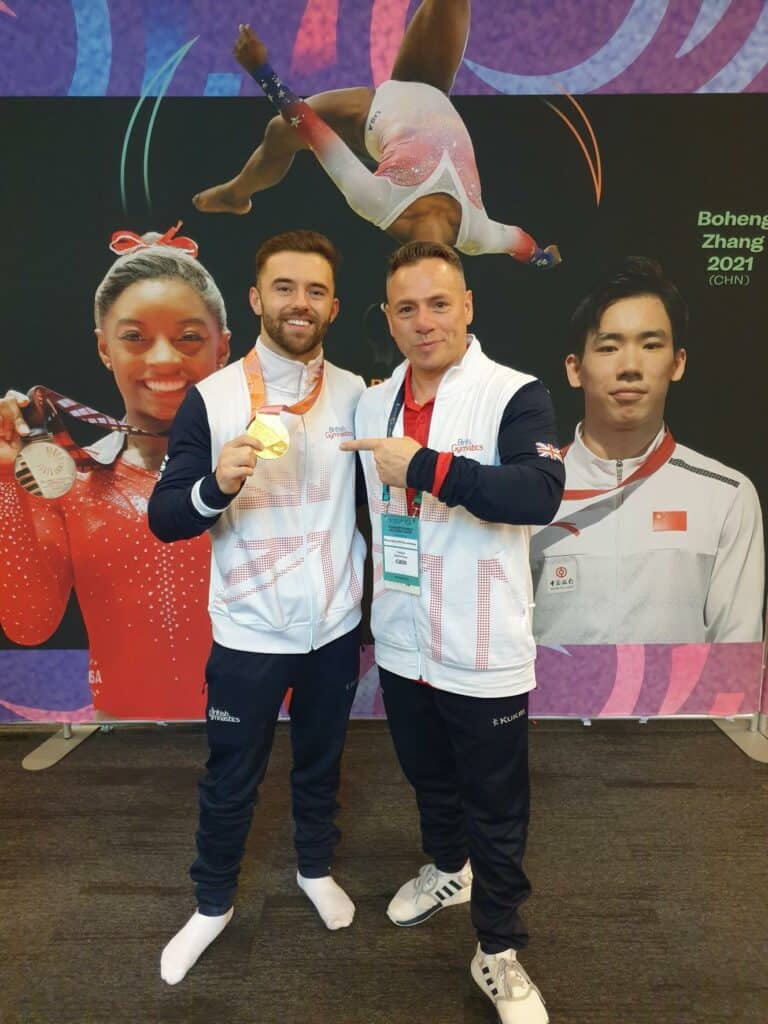