On Saturday 14th and Sunday 15th May 2022, the Pegasus boys hit the competition arena yet again at the London Open, for some this was their 3rd competition in 4 weeks!

Returning to the All-around competition, Sam Ghinn competed some huge routines including upgraded skills! Sam demonstrated flair and composure in a lot of what he competed.

Giarnni succeed in performing 6 routines in style to take the silver in the All-around event along with multiple medals for individual apparatus. A floor routine with nailed landings, high difficulty and little to deduct took gold, along with silver on P.Bar with a classy routine and bronze on Pommel! 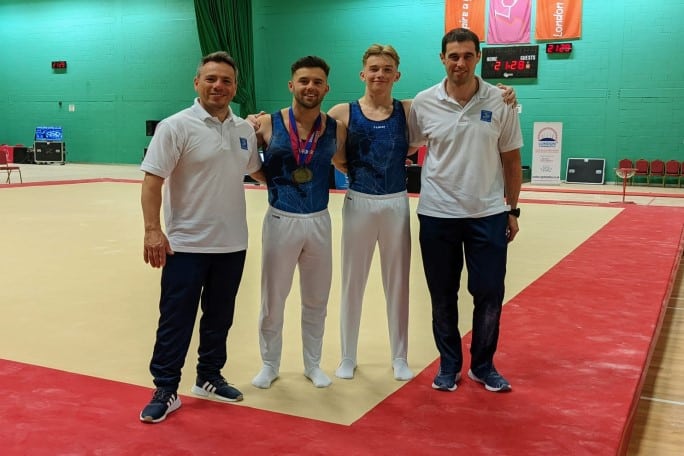 Oakley Banks competed in the under 18s category claiming the Silver in the All-around! Again demonstrating clean routines in a strong field, along with power, strength and elegance when needed Oakley also to apparatus medals! He swung his way to gold on H.Bar with release and catches, turns and a huge dismount along with bronze medals on Pommel, Vault and P.Bar.

The London Open competition is considered a ‘test event’ for qualifications to the Commonwealth Games in July 2022 for Giarnni to compete as part of Team England along with the recent British Championships, for which the selections are currently taking place, so watch this space…. For Oakley, he is chasing the dream of the Youth Olympics in Slovakia, again for which the London Open and the British Championship scores will be taken into consideration to decide upon the Great Britain Team! 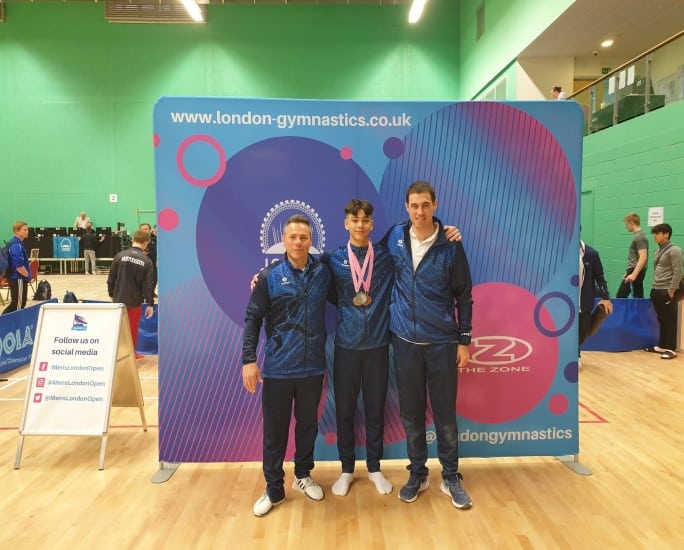 Eddie Burch and Ethan Murphy both competed in their first ever London Open. Competing against some of the best of the countries gymnasts they both did extremely well.

Ethan held his nerve and performed his routines with style, great confidence and elegance. A huge flighted vault, clean floor routine, along with a H.Bar, Pommel and P.Bar routine that swung well to finish in 11th place overall. A great achievement and plenty of personal drive and ambition to progress with new skill development!

Eddie also demonstrated some great skills in the Under 14 age group and finished in 28th place in the All-around event due to a few unfortunate errors. A great learning experience for future events.