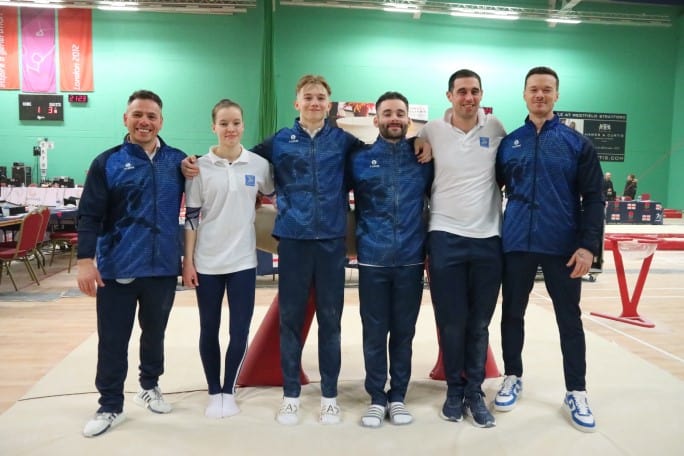 A total of 5 gymnasts travelled to Redbridge Leisure Centre to compete in the English Championships. The first competition in a long time.

Oakley Banks competed in the Under 18 category and finished in 5th place overall and took Silver on Vault. He successfully competed many upgrades to his routines which he has been working on over the last year.

Sam Ghinn competed on 3 apparatus and demonstrated calm composure to his work. He presented a beautifully swung Parallel Bar routine that impressed many of the judges.

James Hall returned to the arena for the first time after the Olympics with some increased difficulty. He finished in 2nd place and added a further 3 silver medals to his overall medal for Parallel Bar, High Bar and Floor and a bronze on Pommel. 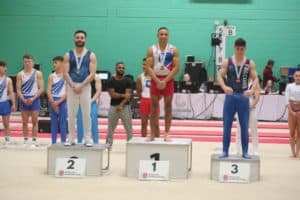 Amanda Cook danced her way through an elegant floor routine with some strong tumbles and warmed up with a great vault, but sadly had to withdraw from the competition due to injury. 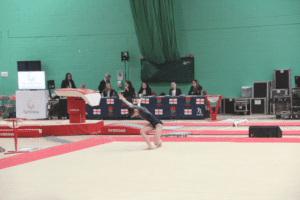 Dexter Pedder competed in the Under 14 age group. He finished in 4th place overall and secured a bronze medal for Parallel Bar. He demonstrated strength and style during all his routines. 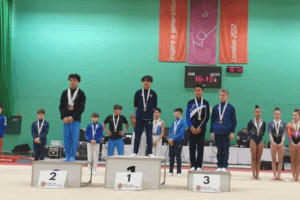