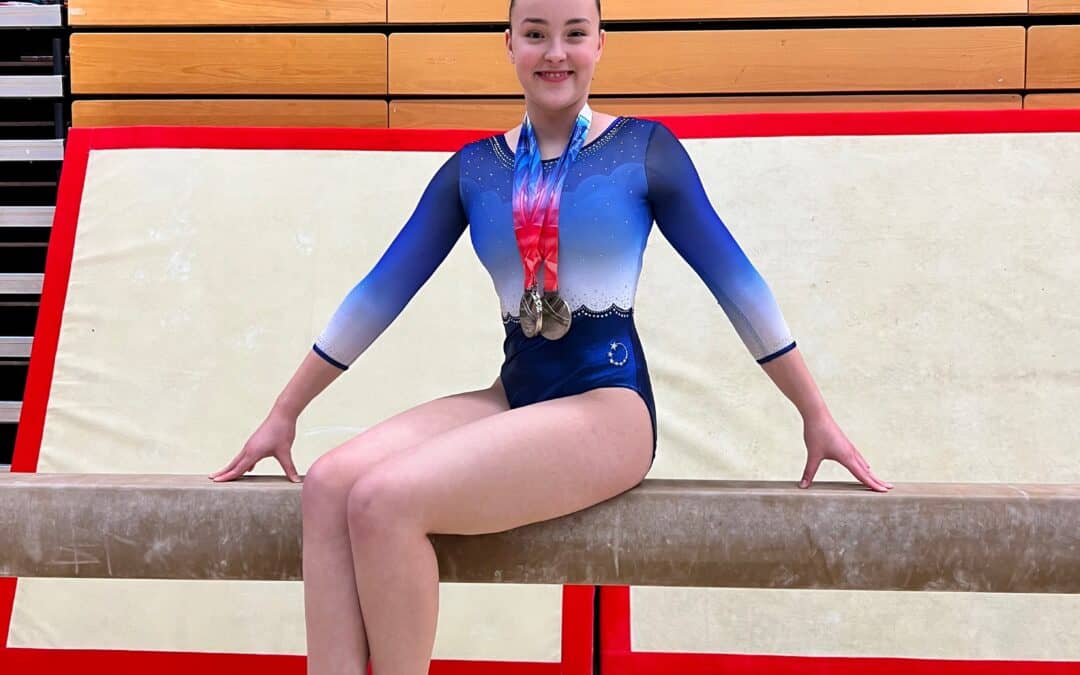 On the 19th November 2022 at Sport Wales National Centre, Cardiff, Sienna Swinden competed in the Disabilities British Championships 2022 in the Junior women’s Open Class I.  Sienna, representing Pegasus for the first time, had a great competition and placed 2nd all round, 2nd on Floor and 2nd on Beam!

Nerves were high upon entering the arena but Sienna was able to remain level headed and focused on what awaited her.

Sienna started her competition on bars and looked strong during her warm ups, her competition routine was brilliantly performed with a new element she’d been working on for some time!

Sienna did the most incredible job grounding herself on beam, after an unstable start in warm up, flipped the switch, and put a brilliant beam performance in front of the judges that earned her the first Silver medal of her day.

After beam, the tension seemed to completely leave Sienna and the enjoyment truly began. Her floor routine was a joy to watch and she finished with an incredible full twisting straight back to take home her second Silver medal.

Finishing with some solid vaults, Sienna earned herself All-Around 2nd place to complete her trifecta of Silver medals, something she had not experienced before, which left us all in great spirits and smiles upon exiting the arena.

What a great result!! Huge congratulations to Sienna and her coach Jack Hedges.