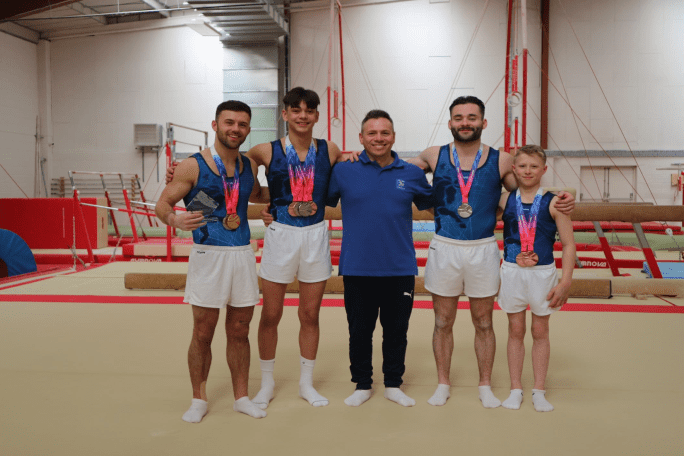 Four members of the Men’s Artistic Squad travelled to Liverpool to compete in the British Championships, the biggest National competition in the UK. 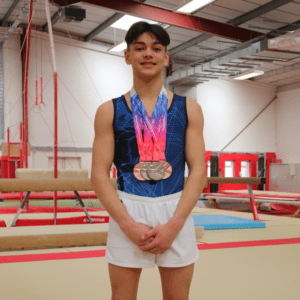 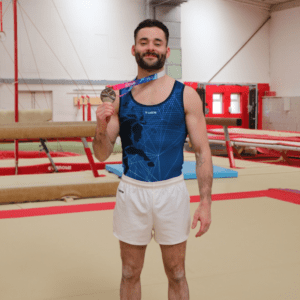 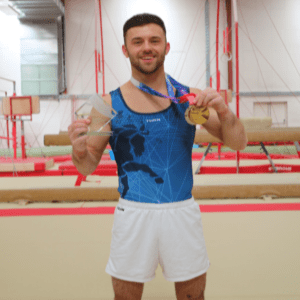 Dexter Pedder competed in the Under 14 age group with some amazing routines that caught the eye of the National coaches. Dexter competed a new vault with a much higher difficulty that flew through the sky, double somersaults on the floor along with stylish and confident performances all-around to take the Bronze medal overall, 3rd in UK along with a second Bronze medal on Vault! Such amazing performances from Dex and awesome to see such confidence and maturity! 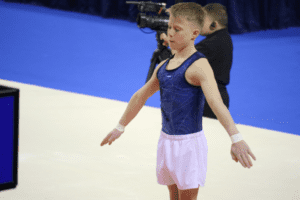 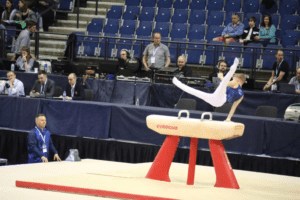 Oakley Banks was next to compete for the Pegasus Team in the Under 18’s. Calm, cool and confident, Oakley entered the arena, presented his routines and completed his job oozing style. Nailed landings on floor, a huge, flighted vault and clean presentation led Oakley to 2nd place taking Silver in the All-Around event, along with, six apparatus finals that he qualified for highly ranked! 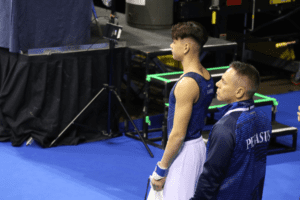 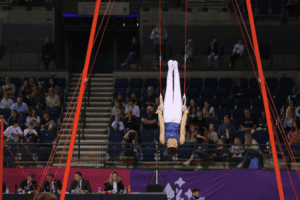 James Hall and Giarnni Regini-Moran competed in the seniors! Both experienced competitors with multiple titles under their belts, they didn’t disappoint! James competed some huge routines, with successful upgrades from his previous competitions that led him to 2nd place overall taking the silver medal. James twisted his way through a floor routine, caught some immense release and catches on high bar and demonstrated calm composure throughout the competition even when things don’t quite go the way he had hoped for. Giarnni was representing Pegasus for the first time and returning from surgery after the Olympic games. Competing on three apparatus, he demonstrated a mix of control and power throughout his floor routine, huge difficulty level on P.bars and some great release and catches on H.Bar along with such style, confidence and determination! Both James and Giarnni also qualified for Apparatus Finals! James qualified for four finals and Giarnni further two finals, again, highly ranked within the qualification pack! 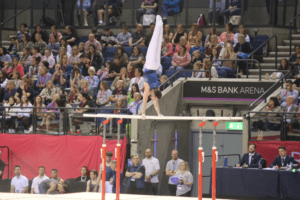 Finals day! Still fired up, and slightly tired from the hype of the all-around competition, the boys were ready to compete once again!

Oakley having qualified for six finals was ready to compete All-around for the second day in a row! Aiming to better some of his routines from the day before and continue where he left off, he did just that! Three more medals for Oakley and narrowly missing out on a further two, Silver on Floor, Bronze on Rings and P.Bars and 0.09 separating the top six gymnasts on Vault. A fantastic achievement!

James competed in the Pommel final and swung a great clean routine until he had an unfortunate fall and finished in 4th place, sadly due to feeling unwell James didn’t compete in the other finals. 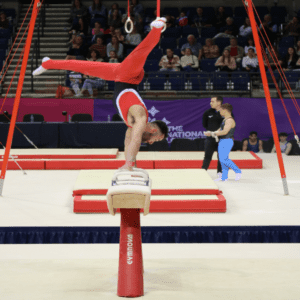 Giarnni put his hand up for the Floor and P.Bar finals and medalled in both! A huge P.Bar routine with very little deductions, straight lines and perfection took the gold and became the British P.Bar Champion of 2022! along with a beautiful clean floor routine that demonstrated elegance, strength and depth of skills to take the silver just 0.144 behind first place. 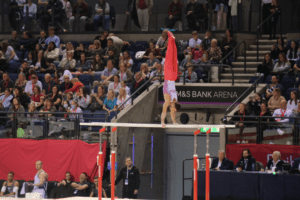 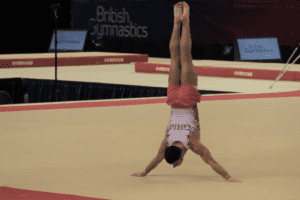 Between these four gymnasts they obtained nine National Medals and an Apparatus Title! A huge achievement in itself and the first time competing in the British Championships since 2019! Congratulations to these gymnasts and their coaches for their results, perseverance and ability to stay focused and work towards this goal!